A spring in the Rwenzori mountains. Photo: Rwenzori People's Voice

Project period: Implementation runs October 2012 up to December 2013. Documentation and learning will take a longer time, possibly until the end of 2014. A plan for research and documentation via satellite imagery is currently being developed together with MetaMeta.

Several hillsides in the area of different soils and inclination have all seen an increase in agricultural activity, but a dropping water table. Even though this area receives ample rainfall, 700 to 1000 mm, the water table dropped considerably the past years and springs and shallow wells have dried up, possibly due to the rapid increase in agricultural activity and the decrease of forest and wetland. Local people have seen in recent years that rainfall has become more erratic, indicating the effects of climate change.

A feasibility study carried out in 2011, indicated that 75% of the people in the area live on less than one euro per day. The staple food is plantain which grows in abundance in the area but is under threat of bacterial wilt. Cash crops are on the increase, like coffee, groundnuts and cabbage. There was a high migration of people from the south, near the Rwandan border, bringing in different ethnic groups. Islamic and Christian faiths are followed in the region.

Grassy hills up to 1550 meters and valleys at about 1250 meters above sea-level make up the region. Other hills may have rocky surfaces. The slopes of the hills consist of loamy and clay soils, reaching to a layer thickness of 4 meters. In the valleys, a wetland or marshland follows the Rwambu river.

The uphill areas have been facing a dropping water table, which lead to the depletion of water sources. Shallow wells and springs had to be abandoned and people had to walk further down the hill to fetch water from water sources in or near the wetland. This is not a desirable situation, since time spent on fetching water has increased and the ecosystem of the wetland has been decreasing. In the area there has been some accidental success in reviving springs by diverting and capturing runoff when a small elevated dirt road was built. Building upon this example, a variety of techniques to recharge the groundwater table and revive the springs will be tested in this project. 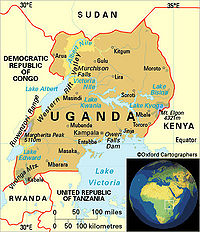 The recharge will act to stabilize the groundwater table and hopefully the groundwater will be released slowly through the revival of springs. Part of this program is to compensate people who had to abandon cultivation in the wetland area. Water is to be used for drinking but also for yam production and irrigation.

This pilot consists of several technologies to restore the water level to guarantee revival of dried springs and wells. Four different methods are tested, all adapted to the different context of the spring or well.

A dried spring is in a valley where, during the rains, water flows in a small stream. Uphill of this spring a cascade of permeable blockages will be constructed with gabions to block the flow of the runoff and allow it to infiltrate.

Here is a SWOT analysis (Strengths, Weaknesses, Opportunities, and Threats) of the project: